OTTAWA, ONTARIO (Sept 6, 2018). The Federal body tasked with determining the conservation status of wild species in Canada has a new Chairperson. On September 1st Prof. John Reynolds, who holds a B.C. Leadership Chair in Aquatic Conservation at Simon Fraser University, has taken over the reins. His predecessor was Prof. Eric Taylor, Director of the Beaty Biodiversity Museum at the University of British Columbia, who finished two, two-year terms chairing the organization. 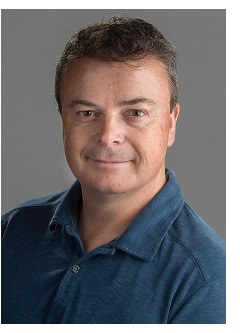 Prof. Reynolds is an internationally renowned expert in both fish and bird biology, and has been a key assessor of the status of marine fishes for the Federal Committee since 2011. Among his many advisory roles Prof. Reynolds was involved in assessing science for the Cohen Commission's investigation of the dramatic 2009 collapse of sockeye salmon in BC's Fraser River, and has reported on fishery impacts to the UK government for the Royal Society.

The Committee on the Status of Endangered Wildlife in Canada (COSEWIC) has been assessing the status of wildlife species considered to be at risk in Canada since 1977, using scientific, Aboriginal traditional and community knowledge provided by experts from governments, academia and other organizations. Since 2002, it has made recommendations to the Minister of the Environment and Climate Change for legal listing under Canada's Species at Risk Act. These recommendations are based solely on evidence of threatened status, which is then considered by the Minister alongside costs and benefits to society of recovering their populations.

According to Dr. Reynolds, "You will not find a more highly professional, knowledgeable and dedicated set of people than the members of COSEWIC. It will be a genuine pleasure to help them with their deliberations." Prof. Taylor, the outgoing Chair, who is leaving the committee after 10 years of service, echoed the sentiment: "Even though we often deal with difficult news and limited data, the work is very meaningful, and we all have the same goal – an evidence-based assessment of the risk of extinction of Canadian wildlife species."